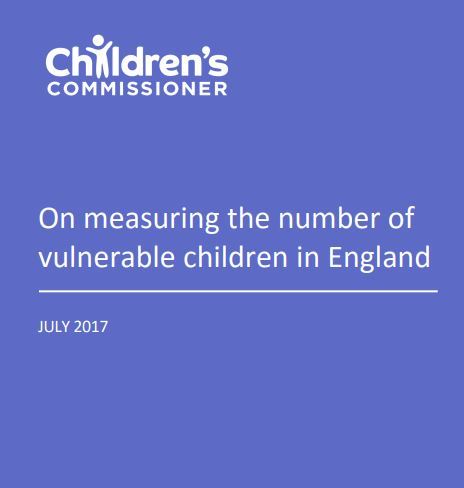 About one in four children and young people are vulnerable to social exclusion as a result of disability, mental ill-health and other factors.  Analysis of figures by the Children’s Commissioner for England supports Children’s Quarter’s claim that a quarter of the next generation is being failed.

The report by the independent watchdog set up to promote and protect the rights of children suggests that millions of children and young people are at risk.  Disability and mental ill-health are key factors that affect more than 2 million children in England. But many of these children, young people and their families face additional problems including poor housing, failing public services (including schools), low earnings, family stress and social isolation.  The report reflects the view of Children’s Quarter that one quarter of children and young people are at risk of social exclusion because of disability, mental ill-health and other factors.

The Children’s Commissioner’s Report Measuring the number of vulnerable children brings together for the first time information held by various government departments, agencies and others. The initial analysis reveals a host of shocking statistics about the number of children living in vulnerable situations including:

120,000 children are homeless or living in insecure housing

150,000 children are excluded for fixed periods from school each year

1,200,000 children and young people have special educational needs and/or disability

1,500,000 children and young people have a long-standing illness, disability or infirmity

The figures are – according to the Children’s Commissioner – the tip of the iceberg.  Many underestimate the actual number of children living vulnerable lives: many children are ‘invisible’ because they are not reported to services, or because of what the Commissioner calls ‘worrying gaps’ in the available data.  Children’s Quarter welcomes the work of the Commissioner in bringing these statistics together.

The Commissioner, Anne Longfield, said in launching the report on Tuesday of this week: ‘Our ambition as a nation should be for all our children to live happy and healthy lives [but]… millions are not doing so – and that has to change.’