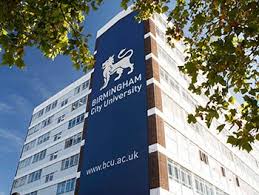 Launched in November 2017 and served by an interim Board of Directors, it’s time for Children’s Quarter to have its first Annual General Meeting.  The chance for Members to choose who they want to act as Directors, guiding the development of the Co-op between Members’ Meetings.

The AGM will start at 10am on 19th April and is being held in the Baker Building at the Birmingham City University Perry Barr Campus (the same room as BCU kindly let us use for the launch).

The meeting is open to anyone, especially Children’s Quarter Members, Associates and Supporters, but only full Members of the Co-op (that is, organisations and groups which have signed up to the Membership Agreement) can nominate Directors and vote.   Organisations can join as Members beforehand or on the morning of the AGM (so long as you are represented at the meeting by your chair or chief executive or another person who is able to sign the Membership Agreement on behalf of your organisation).  The rule is, of course: ‘One Member, One Vote’.

Member organisations wishing to nominate people to serve as Directors of Children’s Quarter and any person wishing to serve as such are advised to read the attached Job Description and to return Nomination Papers (which have been circulated to members but which can also be requested by email below) by midnight on Wednesday April 4th by email or post to:The Company Secretary, Children’s Quarter, All Saints Centre, Vicarage Road, Kings Heath, Birmingham B14 7RA.